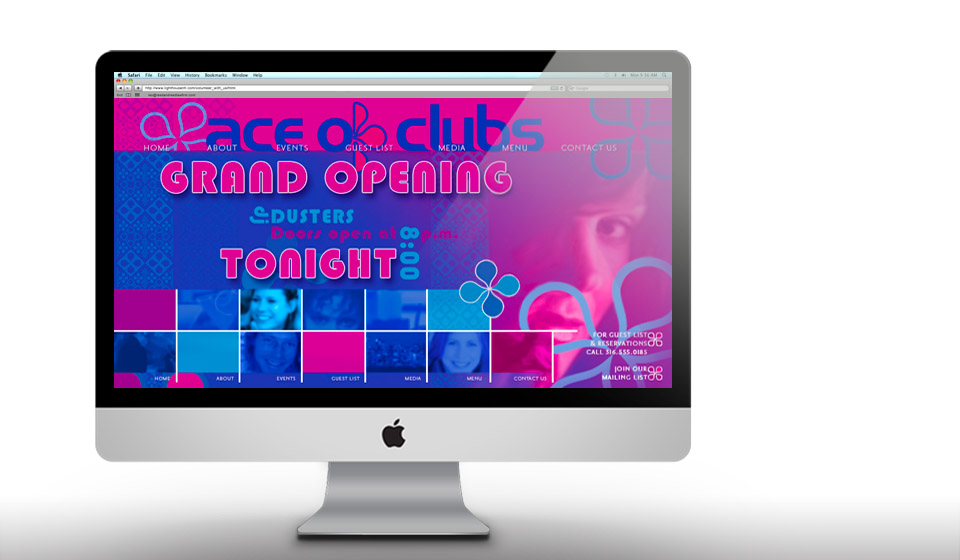 Challenge:
To create an identity for both signage and a series of webpages. View the final dressed set under “Signage” tab or click here.

Strategy:
Several screens were designed and compiled to create a linked series of playback. The club logo was developed and then approved by the Art Director and Production Designer. Strong graphic elements were chosen and would be applied to all media. The colours were dictated by the PD’s set design. A pattern was created and was applied to the flooring and walls as a super graphic. These elements were then incorporated into the

website’s landing page. Finally, these photoshop pages were delivered to the Playback Department to animate.

Solution:
The sequence received a fair amount of airtime as it played within a larger sequence which began with floor plans, drafted by our Set Designer, and included government sites which Chloe had hacked into.

These images appeared on Sleeper, the James Bondesque episode 17 of the television series “Smallville” Season VII.