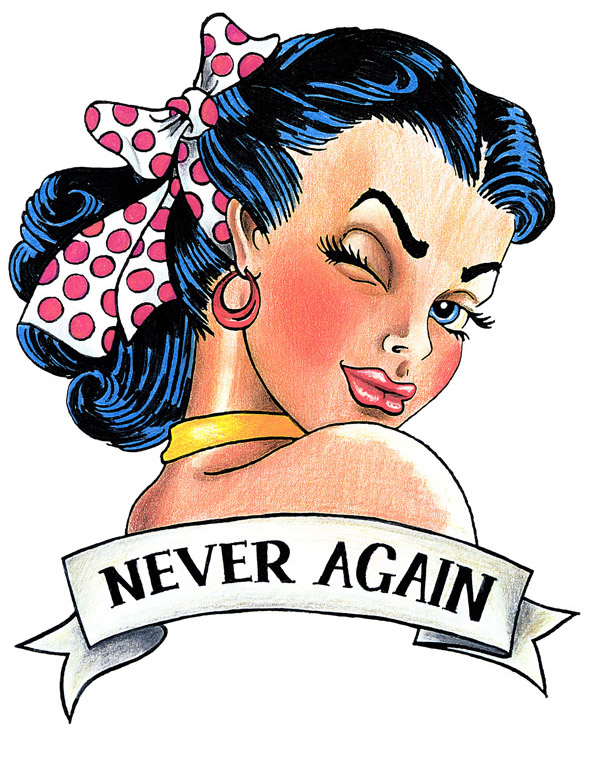 Challenge:
To create the hero tattoo which the entire episode was centered upon.

Strategy:
Based on the Betty Blue influence, this tattoo was hand drawn. It was
imperative to complete this project quickly as other departments were
involved. In this case, the Make-Up Department needed to have a mock
tattoo stencil created, plus the Paint Department needed to apply this
image to a window display.