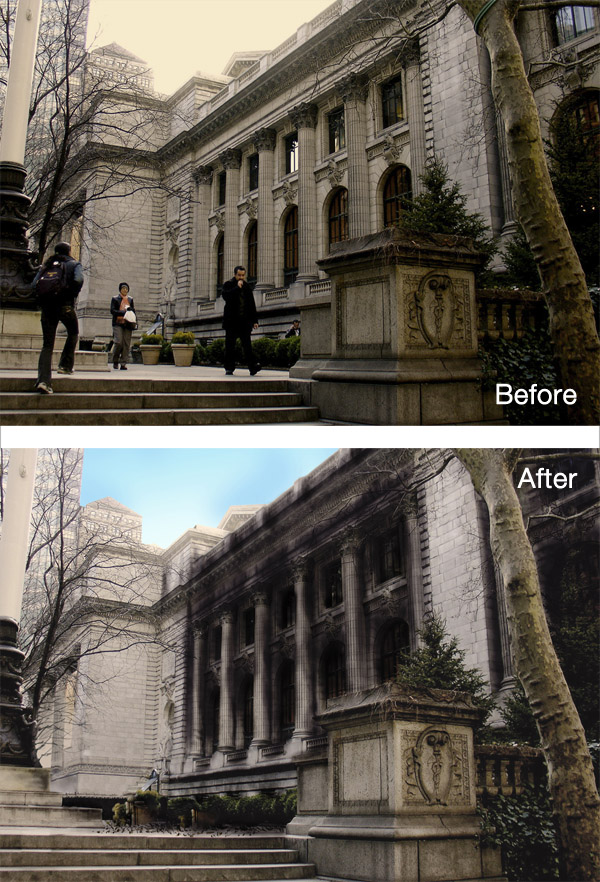 Challenge:
To retouch an existing photograph.

Strategy:
The photograph was supplied and my mission was to touch it up and make it appear as if there had been an explosion at the Museum. The people needed to be deleted and there had to be smoke damage applied to the building structure. A few other areas needed to be addressed, such as lightening the sky to reflect a brighter day.

Solution:
The final photo was used as a hero prop within a series of other photographs as FBI evidence images used to frame the hero characters on the ABC television series “Traveler” Season I.