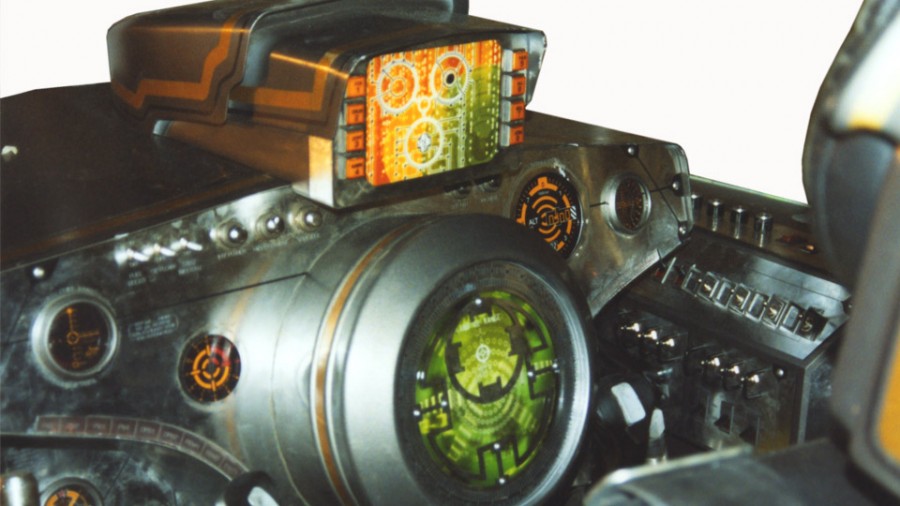 Challenge:
The goal was to create a series of abstract panel graphics which were visually appealling.

Strategy:
Aeronautic and sailing instruments were used as reference. One of our Set Designers drafted the panel layout which was cut then out of aluminum. These labels were printed on clear acrylic, placed behind the aluminum face and then backlit.

Solution:
This image is looking over the driver’s seat and into the cockpit. Here are the final screen graphics for the dashboard of the Meccan fighter space jet which appeared in the Universal feature film “The Chronicles of Riddick.”