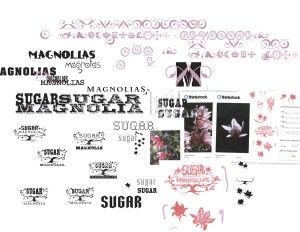 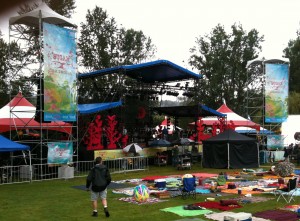 Challenge:
To create a brand identity for a music concert within a very tight time frame.

Strategy:
My logo solution came quickly and was approved by the Production Designer and Legal Department. One frame shows my roughs and the basis for the final logo direction.

The graphic elements such as the colour scheme and the abstract graphic shapes were carried throughout the printed material to ensure consistency.

The series had less than a week preparation. Huge stage banners and several hundred feet of fence cladding were required. Outside resources needed to be procured. The Costumes Department need t-shirts screened as well as our Props Department needed hard copies to build all their smalls (ie. tickets). This was only one set – we had other sets to contend with to shoot that episode.

My wrap time was quickly approaching. In order to nail my deadlines with the larger scale items, the smalls were designed by another designer.