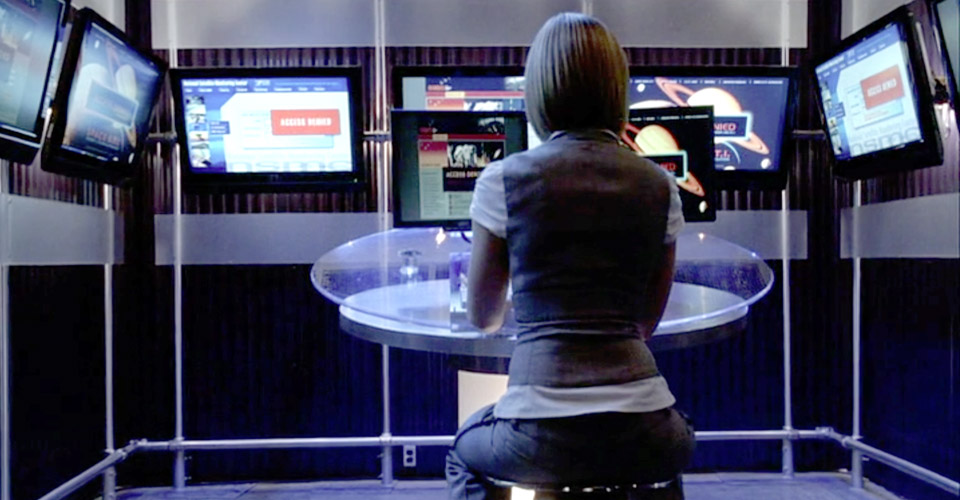 Challenge:
To create a series of realistic space website and pages within a few days turnaround.

Strategy:
First, names were cleared by legal and then logos were created and approved. These were combined with images and content in photoshop. The Art Director gave direction in regards to the number of websites, pages and hero beats according to the script and Directors/Producers. Upon approval, the mock-ups were then handed over to the Playback Department to animate.

The last shot shows how the images projected on a large screen where Chloe is finally caught by the FBI, down the hall from the Ace of Clubs.