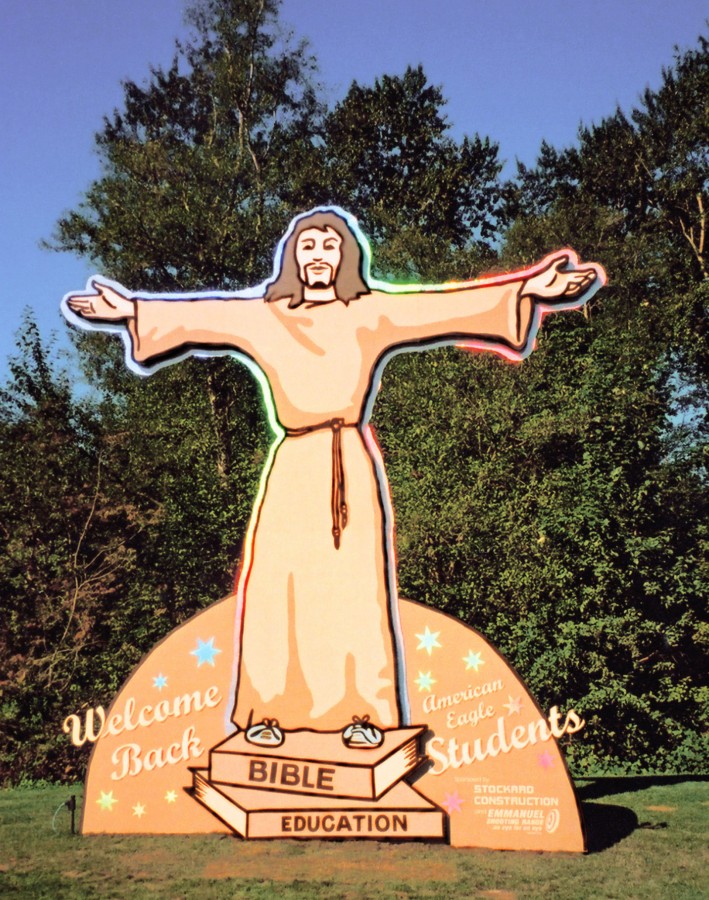 Challenge:
To create a hand made sign which played a big role in the feature.

Strategy:
As the Art Director, tight time restraints forced me to outsource the illustration. When it was approved by the Production Designer and
Director, it was quickly composited into a sign layout, complete with
building specs for our Construction and Paint Department. The final
project was to mimic a hand built sign by the lead characters, a group
of high school students.

A large outline border of reflective vinyl allowed Jesus to always have
a pleasant glow. The sign had to be visible both during daylight, when
the sun offered a natural reflection, as well as at night, when the lead
character, Mandy Moore, crashed her car into Jesus.