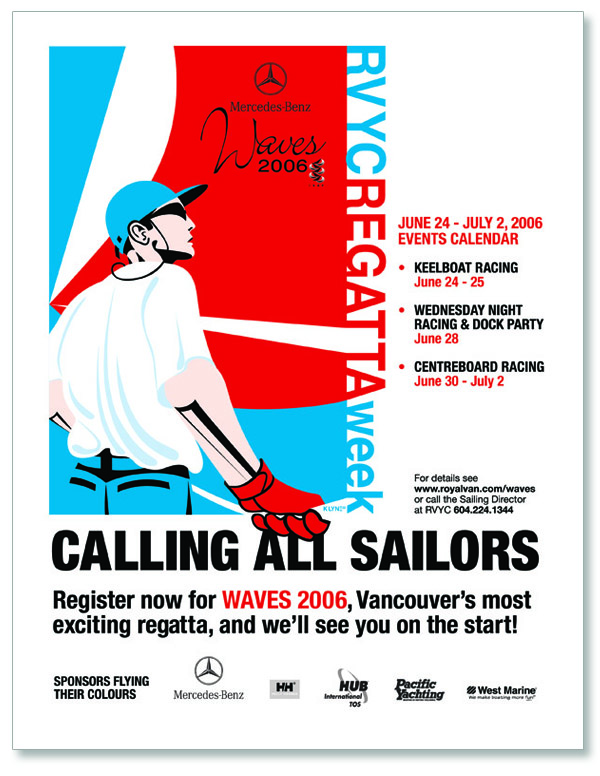 Challenge:
To create a brand strategy for the annual sailing regatta.

Strategy:
This advert was one of a series of advertising amongst a complete identity package. This included colour magazine adverts, black and white newspaper adverts, banners, posters and t-shirts for an annual sailing regatta hosted through Royal Vancouver Yacht Club which was sup-
ported by several organizations.

Solution:
This final direction appeared in sailing publications, local newspapers before, during and after the regatta as well as other medium, such as t-shirts.