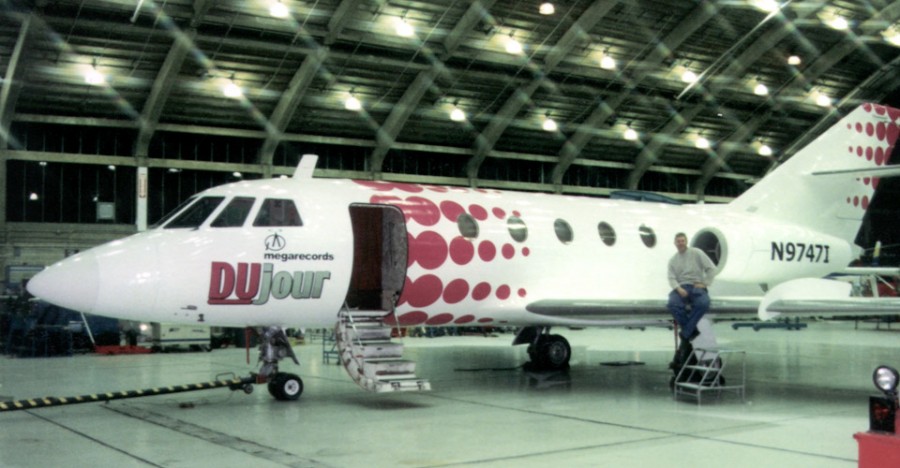 Challenge:
To create a layout for the Dujour/Megarecords jet plane graphics.

Strategy:
The logos were designed by another designer on the project, so it was a matter of using them and embellishing on the rest of the realty. The main concerns included not just time and budget, but a plane is a large area to wrap, so the design had to be somewhat limited. Also, there was the risk of damaging the fresh paint job. Less vinyl could mean the cost difference between an entire vehicle repaint or not.

Therefore, bright colours and simple graphic shapes were chosen which also kept in tone of the storyline and target audience.

Solution:
This image shows the exterior of the plane being dressed. The jet plane (both exterior as well as interior) appeared in the Universal feature film, “Josie & the Pussycats.”