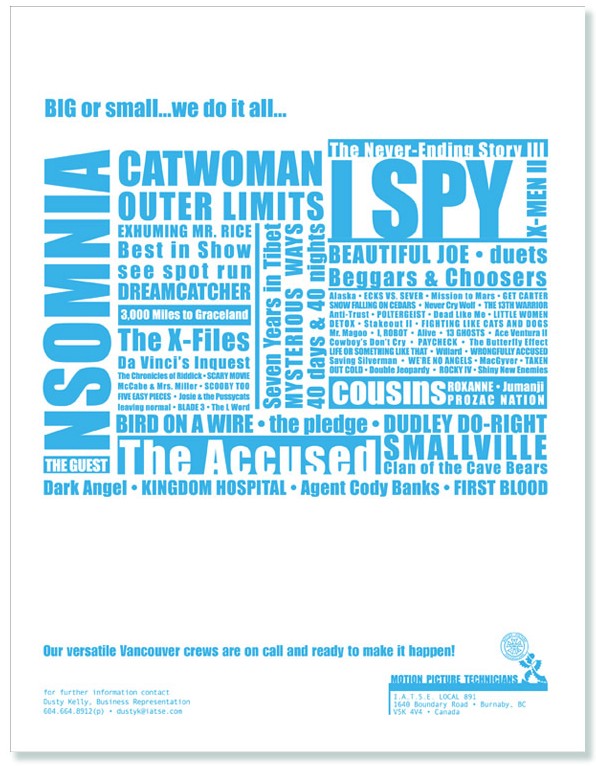 Challenge:
To revitalize the chapter’s identity without straying too far from the Union’s established mark.

Strategy:
The biggest challenge was to create a look which appealed to the wide cross section of members (from Construction workers to Costume Designers). The scale and multitude of projects successfully created by the local and it’s membership also needed to be represented.

Solution:
This final design represents large budget Hollywood feature films to television series through the use of miscellaneous font sizes – intended to add diversity through unity. The flyer served as part of a direct mail-out to potential pro-
duction companies scouting Vancouver. It was one of many printed materials for a rebranding strategy which also included a redesign of the monthly news-
letter, Christmas cards, t-shirt, adverts, flyers and water bottle labels.