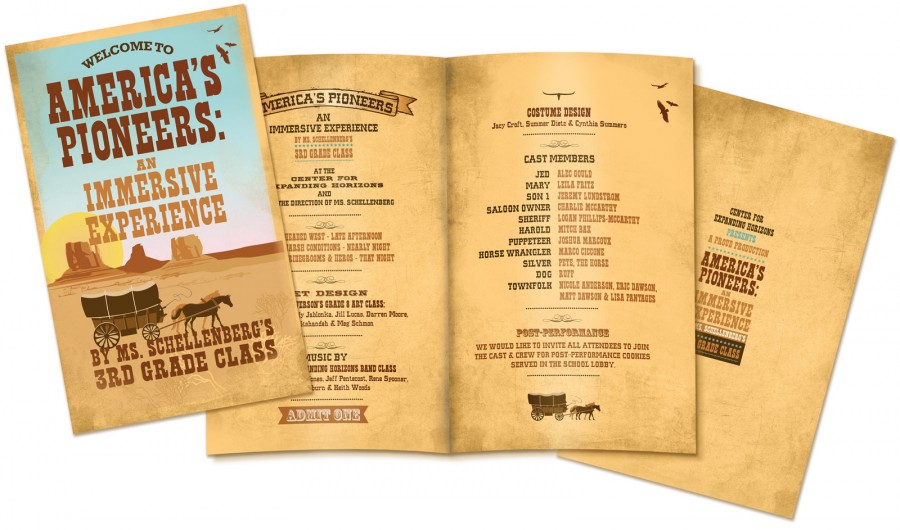 Challenge:
To create a series of printed material, which included banners, posters and programs for a school play. The play was hosted in one of our standing sets,
a private school called “The Center for Expanding Horizons.”

Strategy:
The designs were based on the Production Designer’s colour palette and a Western theme. Illustrator and Photoshop were used.