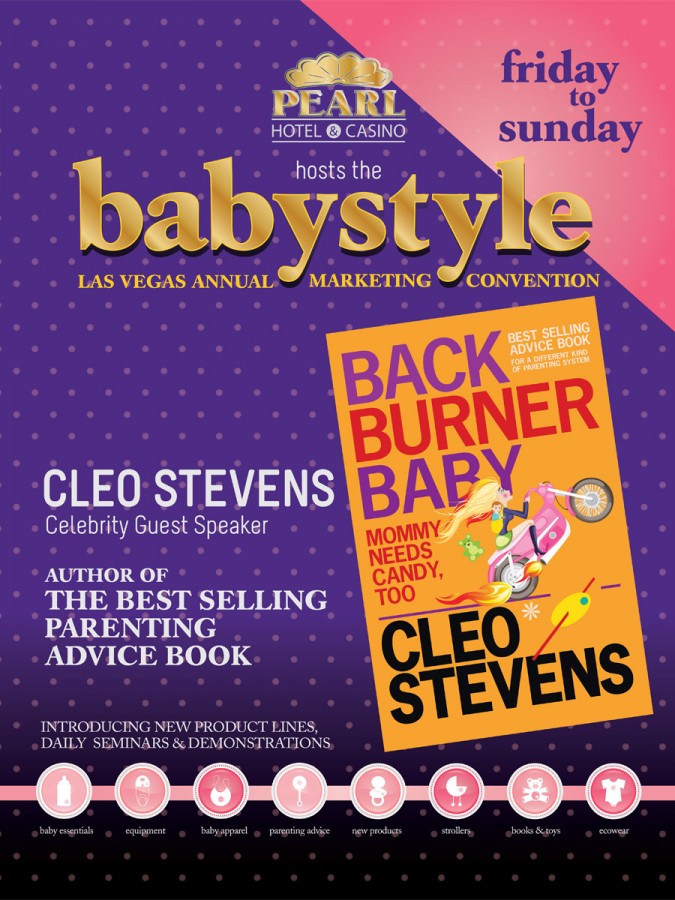 Challenge:
To create a brand identity for a Hotel & Casino, a Baby Convention as well as design the hero book jacket which was prominently featured in the episode. 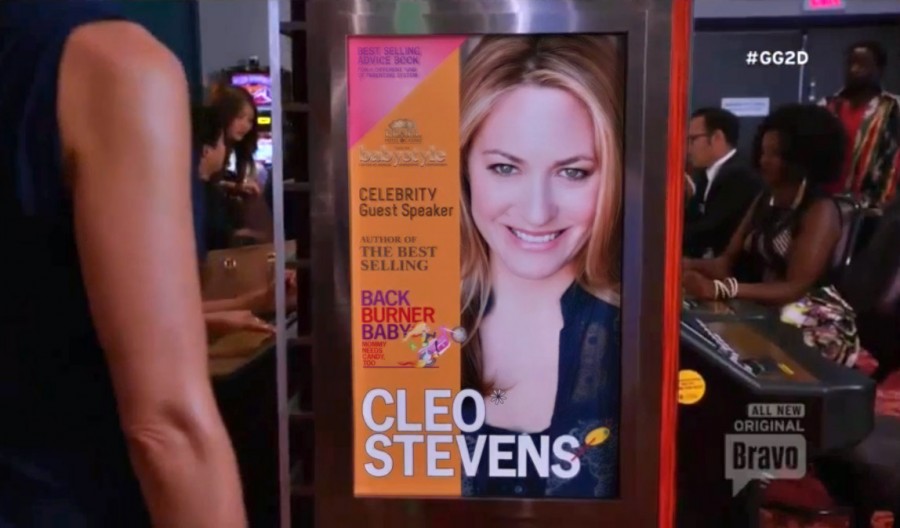 Strategy:
The biggest challenge was combining branding for three different corporations into one cohesive finished product.

Logos, font, layout and colour direction were them implemented on all printed material shown throughout the Hotel & Casino as well as in the Baby Convention. This included signage, name tags, posters and banners.

The book jacket was designed as a hero prop and became a focal point in the plot. The actor was not yet cast by the time the book played in front of the camera, so a design that focused on the title was chosen. The playful clip art, which portrayed the hedonistic, tongue-in-cheek author’s approach to child rearing, was altered and incorporated into the layout.

These projects appeared on the Bravo television series, “Girlfriends’ Guide to Divorce” Season I – episode 6.