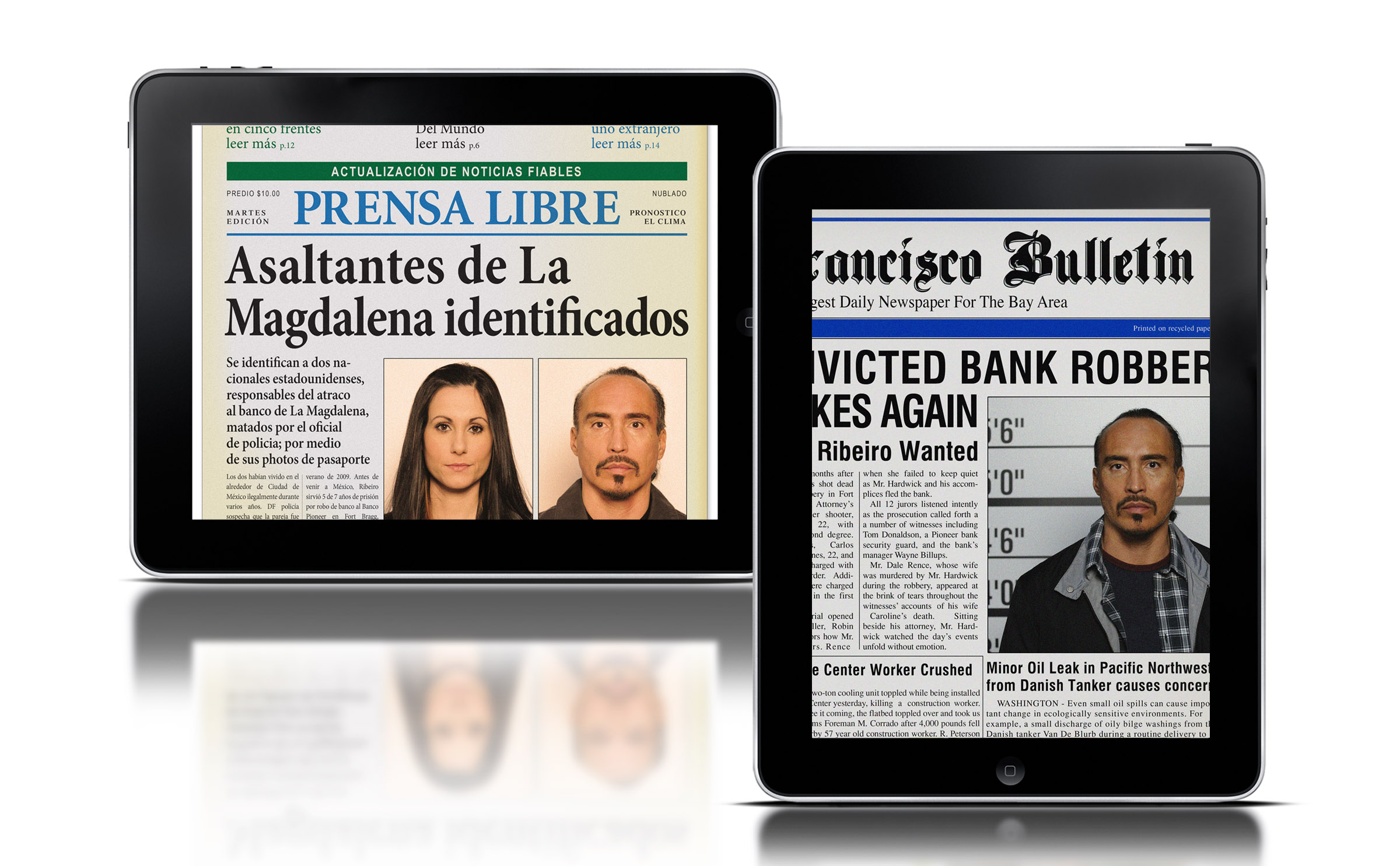 Challenge:
To create a series of Mexican and American newspaper articles which would appear on the actor’s iPad.

Strategy:
The writers gave a brief article, a name for the newspaper was then cleared and a photoshoot with the actors took place. My job was to get the

text translated and combine all these elements into the format of archived articles. The files were sent to the Playback Department to animate. The entire process occurred within a few day period.

Solution:
The final image appeared in a series of five newspaper articles created on Season II of
the television series “Fairly Legal.”