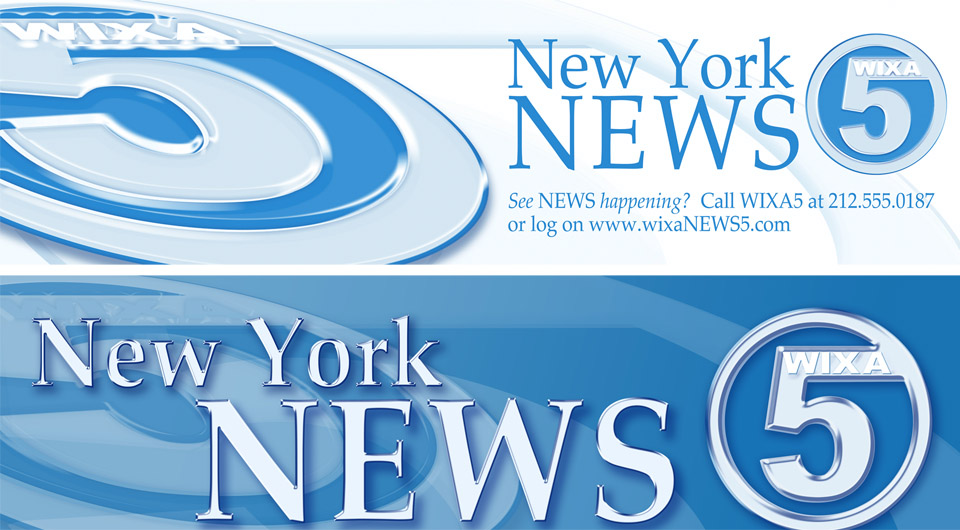 Challenge:
To create an identity strategy for a faux television News Station.

Strategy:
The project initially started off as simply one logo, then it morphed into an identity strategy with the addition of street scenes. This called for vehicle graphics and street and bus advertising.

Solution:
These signs display part of the identity package for WIXA 5 News on the Warner Bros./ABC television series “Traveler” Season I.